While millions seek liberation and union with god by doing good, Jesus provides the only way to know God and receive the freedom he offers.

• Pray for their quest for peace, justice, and union with God to lead them to the life and teachings of Jesus.

• Pray for seeking hearts to encounter Jesus and receive the free gift of salvation.

• Pray for the Gospel to reach every Sikh, and revival to spread across Punjab, India.

Sometimes mistaken for Muslims, the male followers of Sikhism cover their long, uncut hair with turbans, symbolizing devotion to their faith. These beautiful people are eternally loved by God and made in His image. Emerging in the late 15th century from the teachings of Guru Nanak in the Punjab region of present India and Pakistan, Sikhism continued to attract followers and develop under nine other gurus until the death of Gobind Singh, the tenth Guru, in the early 18th century. Since then the Granth Sahib, the main Sikh scripture, has been recognized as Guru and is therefore the spiritual guide for all Sikhs. With approximately 23 million followers, Sikhism ranks fifth among major world religions. Sikhs are found around the world, but the majority live in India’s Punjab province.

There is only one god in Sikhism, and this god is the same for everyone from every religion. But Jesus said, “I am the way, and the truth, and the life. No one comes to the Father except through me” (Jn. 14:6). The god of the Sikhs is eternal, creator, loving toward creation, sovereign, directly accessible by all and has no gender. Everyone is equal before god and must be treated as such. Sikhs ultimately desire to achieve “liberation” or freedom from the human body and the rebirth cycle, seeking to ultimately become one with god. But the Bible says, “....it is appointed for man to die once, and after that comes judgment” (Heb. 9:27). This “liberation” requires humans to overcome their self-centered nature and materialism to truly see god. Sikhs aspire to focus their lives on getting close to god by always thinking of god, serving others, and performing good actions. Sikhs do not believe they can earn “liberation”; god’s grace shows them how to shift their focus away from themselves and towards god in order to become one with him. But the Bible teaches that it is only through Jesus that man can be cleansed, made righteous, and brought close to God. “He has delivered us from the domain of darkness and transferred us to the kingdom of his beloved Son, in whom we have redemption, the forgiveness of sins” (Col.1:13,14). Sikhs believe that three duties bring humans closer to god: prayer, work, and giving. The five vices of lust, anger, greed, pride, and attachment to worldly things place barriers between humans and god and must be avoided. But the Bible says Jesus is the only way to be delivered from sin, “...there is salvation in no one else, for there is no other name under heaven given among men by which we must be saved” (Acts 4:12). While Sikhs may accept Jesus as a prophet, they believe that Jesus cannot be God because God cannot be born. However, Jesus says, “Truly, truly I say to you, before Abraham was, I am” (Jn. 8:58). When interrogated by the high priest asking, “‘Are you the Christ, the Son of the Blessed?’”... Jesus said, ‘I am’” (Mk. 14:61-62).

The Sikh people are lost and searching for Truth. Despite the fact that Sikhism has a very high growth rate at 1.87%, an increasing number of Sikhs are questioning their faith and wanting to know more about their god. Though many have never heard the name of Jesus, God is still at work. Jesus is appearing to many in dreams and visions. Because of these miraculous visions, Christian churches have been started, and more and more Sikhs are learning about their Savior, Jesus Christ. Many who now follow Jesus are using their turbans and beards as a way to minister to those still following the Sikh religion. God is moving among Sikhs and will continue drawing these lost people to His marvelous light.

...it is appointed for man to die once, and after that comes judgment

The Lord looks down from heaven on the children of man,

to see if there are any who understand,

who seek after God.

They have all turned aside; together they have become corrupt;

there is none who does good, 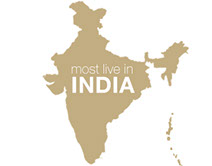 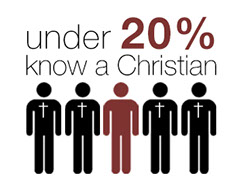