While millions remain trapped in the lie that salvation depends on works, the amazing grace of God awaits all who run to Him.

• Pray for a deep hunger for truth to drive Mormons to the Word of God.

• Pray for deceptions to be unveiled and truths of the Gospel to be confirmed in seeking hearts.

• Pray for courage to choose a relationship with Jesus over family or the Mormon church.

Though officially suspended by the Mormon Church over a century ago, polygamy is often what people associate with Mormons. This has made them a cultural anomaly, but Mormons are beautiful people made in the image of God and unconditionally loved by the Creator. Joseph Smith founded Mormonism in 1830, and it would officially be known as the Church of Jesus Christ of Latter-day Saints (LDS) in 1838. Believing God called him to restore Christ’s original church in America due to its supposed corruption after the apostles’ deaths, Smith was led by the angel Moroni to hidden golden plates buried in upstate New York. He translated these plates into the Book of Mormon, which told of the history of ancient peoples in America purported to have come from Israel, including a visit from Jesus. Smith led his growing group of followers to Nauvoo, Illinois, where he was killed by a mob. Under Brigham Young, the Mormons then traveled west, settling in the Great Salt Lake Basin. Though Mormons consider themselves to be Christians, most Christians consider LDS teaching to be extra-Biblical and false. The LDS Church reports over 15 million members.

Mormons claim to be Christians, however the teachings of the Church of Jesus Christ of Latter-day Saints depart sharply from the teachings of the Bible.  Latter-day Saints teach that the Father, Son, and Holy Ghost are three separate gods united in purpose; they deny the trinity. Jesus affirms “I and the Father are one” (Jn 10:30). The LDS teach that Heavenly Father began as a spirit child, came to earth to gain a body, and earned his way to godhood. Jesus, they believe, was Elohim’s firstborn spirit child, who also achieved godhood. Jesus states, “before Abraham was, I am” (Jn 8:59). These two gods have physical bodies of flesh and bone that limit their ability to be omnipresent. Many good works are required for Mormons to earn the privilege of living with Heavenly Father in the next life. This includes temple work for the dead, the teaching that one can be saved by the ordinances of the Mormon gospel in the temple after they are dead. Jesus declares, “And this is eternal life, that they know you, the only true God, and Jesus Christ, whom you have sent” (Jn 17:3). Mormonism teaches that man is not born in sin and cannot sin until the age of eight. Eve’s disobedience was a “fall upward”, a necessity for “eternal progression” toward godhood. Though humans are not inherently evil, they still sin and need salvation. Jesus, they believe, brought General Salvation by sweating blood in the garden of Gethsemane. Individual Salvation is fully dependent on a very specific set of works to be performed. Jesus states “‘...many will say to me, ‘Lord, Lord, did we not… do mighty works in your name?’ And then I will declare to them, ‘I never knew you; depart from me, you workers of lawlessness’’” (Matt 7:22-23), that “‘...This is the work of God, that you believe in him whom he has sent’” (Jn 6:28-29). Believing that the Bible is not always translated correctly, Latter-day Saints depend on the Book of Mormon, which asserts that Jesus taught in America after his resurrection, as well as their other extra-Biblical scriptures.

Mormonism is reported as one of the fastest growing religions in the United States and has garnered 2 million additional followers worldwide from 2000 to 2010. However, uncertainty among members is shaking the foundations of the LDS Church, which is secretive in many of its dealings and traditions and actively rejects any personal questioning or inquisition. Though the church expects young men to serve two years in missions, conversion rates are dropping. A 2011 survey by Pew Research found that 1 in 5 Mormons have doubts about Mormon teachings. Their hearts are unsettled with doubt, and they thirst to know the Truth of Jesus Christ. God is using the Internet as one tool to reach the precious Latter-day Saints. Perhaps tens of thousands, and possibly many more, are leaving Mormonism each year because of disconcerting information they discover about LDS Church history, particularly Joseph Smith’s polygamy, the Church’s doctrinal inconsistencies, and archaeological and DNA evidence that contradicts the Book of Mormon. Many are deeply hurt, feel deceived, and unfortunately turn to atheism. But some are finding joy and peace in the Truth of Jesus. The God of grace is also working through ministries of Christian apologists and former Latter-day Saints to reach out and comfort those who have only known the Mormon god of works. God is calling these beloved thousands to Him and they are in need of unceasing prayer, loving understanding, and many Christ-filled hearts to serve and teach them the Truth of Jesus.

Jesus Christ is the same yesterday and today and forever.

So if the Son sets you free, you will be free indeed. 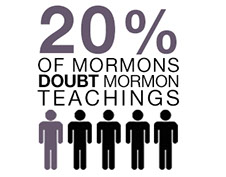 James Version of the Bible

Who They Worship: Elohim the Father, Jesus the Son,

Holy Spirit; everyone can become gods 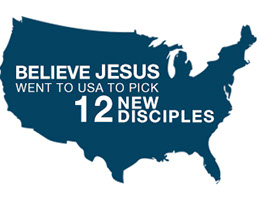