While a growing number of people are deceived by false teachers and corrupted scripture, Jesus offers Truth that will set them free.

• Pray for false teachings to be exposed, drawing Witnesses to seek answers from the Word of God.

• Pray for transforming encounters with Christ while going door-to-door.

• Pray for courage to follow Jesus despite enormous pressure and consequences.

To many, Jehovah’s Witnesses are associated with an inconvenient occasional knock on the door. But they are God’s beloved, beautiful creations who are in need of the Truth of Jesus Christ. Jehovah’s Witnesses trace their origin to Charles Taze Russell. Influenced by Adventist teaching, he believed that Christ’s second coming occurred in 1874, and he spread his interpretation of the Bible under this premise through Bible studies, a magazine, and the Watch Tower Bible and Tract Society. Russell’s followers eventually received the name Jehovah’s Witnesses in 1931 from Russell’s successor, Joseph Rutherford, who wanted a name to reflect the group’s evangelistic focus. Though Jehovah’s Witnesses identify themselves as a part of Christianity, their denial of the Trinity leads many Christians to consider them heretics or part of a cult. Over 7 million people, predominantly in North America and Europe, are practicing Jehovah’s Witnesses.

Jehovah’s Witnesses believe God, whom they call Jehovah, is authoritative. The Watchtower Society, as Jehovah’s organization, is authoritative over their lives. The Watchtower dictates doctrine and beliefs through publications while monitoring the lives of church members. Witnesses only read the Watchtower’s translation of the Bible, the New World Translation of the Holy Scriptures, which deviates from scholarly biblical translations. Jehovah is seen as creator, powerful, just, wise, loving, and supreme. Jehovah is not part of a divine trinity; Jesus is an inferior being, and the Holy Spirit is simply a force of Jehovah. Witnesses believe Jesus is God’s son who was resurrected in spirit, not in body. Jesus stated “See my hands and my feet, that it is I myself. Touch me, and see. For a spirit does not have flesh and bones as you see that I have” (Luke 24:39). Witnesses believe Jesus is not eternal or divine because Jehovah created him. Jesus proclaimed “Truly, truly, I say to you, before Abraham was, I am” (John 8:58), “I and the Father are one” (John 10:30), and when asked by the high priest “‘Are you the Christ, the Son of the Blessed?’... Jesus said, ‘I am’” (Mark 14:61b-62a). Witnesses view Jesus as Jehovah’s solution to redeem humanity from its inherently sinful nature and condemnation to death brought about by Adam and Eve’s disobedience through Jesus’ sacrificial death. Their purpose is to follow Jehovah by living morally and spreading their truth so they will partake of Jehovah’s Kingdom. Once Jesus’ invisible reign ends, which Jehovah’s Witnesses believe began in 1914, Witnesses teach that 144,000 will go to heaven to rule the earth with Jesus while the remaining humans will be resurrected and enjoy everlasting life in paradise on earth. Witnesses do not believe in Hell; the body simply ceases to exist but may be resurrected to enjoy Jehovah’s Kingdom eternally on earth.

Jehovah’s Witnesses are considered one of the fastest growing segments of self-identifying Christians, boasting a growth of over 4% in 2009 in the United States. However, Jehovah’s Witnesses appear to have one of the highest turnover rates among world religions. Praise God that so many are realizing that the ‘truth’ taught by the Watchtower Society is not the truth at all. However, fear terrorizes many into staying or haunts them after they leave. Whether because of doctrinal inconsistencies, feelings of being controlled, or discovering the truth of Jesus in a non-Watchtower Bible or service, leaving Jehovah’s Witnesses means they are “disfellowshipped,” shunned from the community and from ever seeing their friends and family. Those who leave are often plagued with doubt, but support organizations created by other former Witnesses are able to provide hope to these beloved children of God. These former Witnesses, familiar with the feelings of pain, confusion, and isolation, have a special heart for current Witnesses and are hard at work comforting those who are questioning or have left by guiding them to the Truth of Jesus, the incarnate and resurrected Son of God, who loves them unquestionably and unconditionally.

For by grace you have been saved through faith. And this is not your own doing; it is the gift of God, not a result of works, so that no one may boast.

"For to us a child is born,

to us a son is given;

and the government shall be upon his shoulder,

and his name shall be called 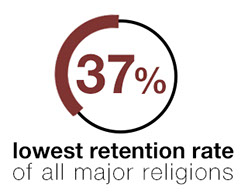 Who They Worship: Jehovah 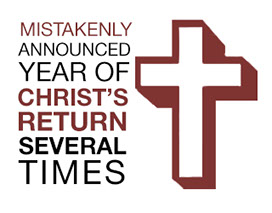