While millions are bound by tradition and fear of the spirit world, Jesus holds all power to demolish strongholds and set captives free.

• Pray for the roughly 120 million unreached Japanese to encounter the Gospel and be saved.

• Pray for the light and truth of Christ to expel all fear, despair, idolatry, and demonic strongholds.

• Pray for cultural barriers to the Gospel to be overcome as Japanese courageously turn to Jesus.

At first glance, Japan’s first-world appearance leads many to the false belief that it is a postmodern nation or that the Gospel has reached its people. But in reality, the Japanese are the largest unreached people group in the world. Over 120 million Japanese are still waiting to hear the Gospel, and Jesus loves and died to save every one of them.

Though there is much diversity within the beliefs of the Japanese people, there are also many common threads that are deeply cultural and intricately intertwined with their identity. Their worldview, beliefs, and practices are unique to this nation’s people and culture. Though 70% consider themselves unreligious, the way in which the Japanese live their lives is deeply rooted in ancient spiritual beliefs. Yet most see these religious expressions as part of their cultural identity and not indicative of their personal beliefs.

Historically, Japanese identity has been deeply tied with Shinto beliefs and practices – a religious expression unique among the Japanese people. Its principles of ancestor veneration, ritual purity, and a respect for nature are all prevalent in a typical Japanese worldview. The average Japanese person today practices a syncretistic mix of Shinto, Buddhist, Daoist, Confucian, Atheistic, and even Christian beliefs and practices. A person may be dedicated as a baby at a Shinto shrine, wed at a Christian church, and have their funeral at a Buddhist temple. For the Japanese, this is not contradictory; it is their cultural identity.

The concept of a Creator God is foreign to most Japanese. But the Bible says, “For by Him all things were created, in heaven and on earth, visible and invisible… all things were created through Him and for Him” (Col. 1:16). Despite this lack of belief in a Creator, the Japanese have long believed in a spirit world, made up of individual forces. People’s interactions with those forces either threaten them or ensure their well-being and success. But the Bible ensures believers that our only security lies in God, for “He shields all who take refuge in Him” (Psalm 18:30b).

When in trouble, most Japanese seek help and blessing from their ancestors and from the spirit world. This is true of both the well-educated elite and common ordinary people struggling to make a living. But the Bible directs us to a different source of help - “Let us then with confidence draw near to the throne of grace, that we may receive mercy and find grace to help in time of need” (Heb. 4:16). Many Japanese put their hope in ancient Japanese spiritual purification rituals, but the Bible says that Jesus “saved us, not because of works done by us in righteousness, but according to his own mercy, by the washing of regeneration and renewal of the Holy Spirit…” (Titus 3:5).

Innumerable Shinto shrines are found in public places and businesses throughout Japan. Buddhist altars, used to pay respects to deceased family members, are common in homes – as are small Shinto shrines. Though this is often done out of social tradition and not religious conviction, the roots of these beliefs are deep and real. But the Bible says, “the Most High does not dwell in houses made by hands” (Acts: 7:48).

Most Japanese will choose their beliefs and practices from a variety of faiths and traditions, believing there is no absolute truth. But Jesus said, “I am the way, and the truth, and the life. No one comes to the Father except through me” (John 14:6).

Japan is truly a spiritual battlefield. Only a move of God will bring the freedom, joy, peace, and hope the Japanese people so desperately crave. Natural disasters, economic decline, a low birthrate, an aging society, and feelings of social isolation have provoked spiritual searching in recent years.

But despite 500 years of Christianity’s presence in Japan, it is still regarded as a foreign religion imported from the West. This is in large part due to centuries of outreach from a predominantly western perspective. New and uniquely Japanese expressions of faith are desperately needed. Christians remain a minority in a culture where consensus and conformity are highly valued. Sadly, it is believed that half of those baptized in Japan leave their churches within two to three years.

This field – though ready for harvest - stands in desperate need of more workers. Spiritual fruit is difficult and slow, requiring years of investment. Short-term missions, though valuable, must be surpassed by persistent, long-term commitments to Japan and its people.

Many believe Japanese society is ready for an unprecedented awakening to the Gospel. But this spiritual breakthrough has yet to come. And so we pray.

And there is salvation in no one else, for there is no other name under heaven given among men by which we must be saved.

“I am the first and I am the last;

besides me there is no god.

Let him declare and set it before me,

since I appointed an ancient people.

Let them declare what is to come, and what will happen.

Fear not, nor be afraid;

have I not told you from of old and declared it?

And you are my witnesses!

Is there a God besides me?

There is no Rock; I know not any.” 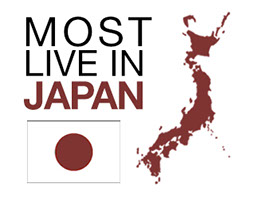 Who They Worship: Kami 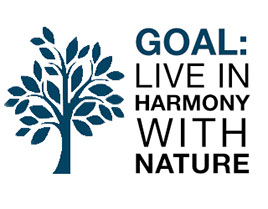