While millions try to liberate and purify their souls through self effort, only Jesus can cleanse them from sin and offer eternal life.

• Pray for Jains to realize their inability to achieve good karma and recognize their need for a Savior.

• Pray for their quest for peace and purity to lead them to the only true source: Jesus.

• Pray for God to reveal Himself to those earnestly seeking enlightenment.

Though most of the world knows little about Jainism, God knows every Jain intimately, down to the number of hairs on their heads. He loves them so much that He sent His own Son, Jesus, to pay the penalty for their sins. Jainism originated around the 7th century BC during a time when many groups - including Buddhists - were breaking away from Hinduism. There is no “founder” of Jainism, but rather 24 Tirthankaras, or “teachers who show the way.” These 24 people all achieved enlightenment and then taught others to do the same. The 24th Tirthankara, Mahavira, is often regarded as the traditional founder of the Jain faith. He abandoned the world he knew at age 30, going into solitude and reaching enlightenment (moksha) after 13 years. He then established a monastery that is said to have had 14,000 monks and 36,000 nuns. Today, Jainism is generally thought to be the 9th largest religion in the world, with 5.7 million followers, mostly in India.

Jains believe the universe was not created - it has always been and is eternal. But the Bible says, “In the beginning, God created the heavens and the earth” (Gen. 1:1). Jains believe that the soul, or jiva, goes through life cycles - reincarnation - until it reaches enlightenment by removing all karma. It then has unlimited knowledge, power, perception, and happiness, and is a god itself. It is not able to interfere with humans’ lives, though, as there are no higher spiritual beings to help humans. If a soul does not reach enlightenment, it will be reincarnated. Reincarnation is determined by how sinful a person was in their current life - by the amount of good or bad karma they have accumulated. But the Bible says, “It is appointed unto men once to die, but after this the judgment...” (Heb. 9:27). Jains also do not believe in an eternal hell. The Bible says, “They will be punished with everlasting destruction and shut out from the presence of the Lord and from the majesty of his power” (2 Thess. 1:9). The number of souls in the universe, according to Jainism, is unlimited. Everything has a soul, including plants, animals, and humans. The Bible says humans are unique in this way. “So God created man in his own image, in the image of God he created him; male and female he created them” (Gen. 1:27). Because of their belief regarding souls, Jains are vegetarians and try to use as few resources as they can. But the Bible says, “Every moving thing that lives shall be food for you. And as I gave you the green plants, I give you everything” (Gen. 9:3). Jains have five Great Laws by which they live their lives - non-violence, non-possession, honesty, non-stealing, and sexual restraint. They take non-violence very seriously and do their best not to harm any other living thing, including bacteria. They also do not travel long distances so as to limit their use of the world’s resources. To find their purpose in life, they go through the Triple Jewels: true perception, true knowledge, and true conduct. This is the Jain ethical code, which helps them achieve enlightenment. But the Bible says, “For it is by grace you have been saved, through faith - and this is not from yourselves, it is the gift of God” (Eph. 2:8). There are two distinct sects of Jainism - Digambara and Svetambara. Differences between these sects center upon whether women can achieve enlightenment, what particular scriptural texts should be accepted, the details regarding Mahavira’s life, and whether or not monks or ascetics should wear clothes. Digambaras believe that enlightenment can only be achieved by male ascetics/monks while naked, meaning women would need to be reincarnated as men to qualify. Svetambaras believe that both male and female ascetics/nuns can be enlightened while wearing white.

Although millions of people are lost within the Jain faith, God is moving and revealing Himself. The growth rate of Jainism is 0.87%, but all its followers are born into the faith. God is revealing Himself to these people through various situations like illnesses and bringing entire families to know Him through one person. There is not much known about missions within the Jain community, but God is certainly present and moving because He loves and cares for them unconditionally.

In the beginning, God created the heavens and the earth.

The earth is the Lord's and the fullness thereof,

the world and those who dwell therein,

for he has founded it upon the seas

and established it upon the rivers.

So God created man in his own image, in the image of God he created him; male and female he created them 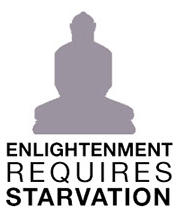 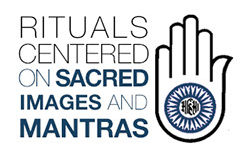