While a billion people seek spiritual freedom in thousands of gods, the one true God lovingly provides the only way through Jesus.

• Pray for people of all castes to boldly follow Christ.

• Pray for Hindus to abandon their thousands of gods to follow the one true God.

• Pray for the real and present power of God to expose the myth of karma.

Hindus are sometimes stereotyped as Indian vegetarians who revere cows and wear red dots on their foreheads. But the truth is far more complex for these beautiful people, created in the image of God and loved by Him unconditionally. Hinduism is the third largest world religion with roughly 1 billion followers. Ninety-four percent are centered in India, with the rest scattered throughout the world, especially in Southeast Asia. Hinduism is believed to have started as early as 1500 BC and has no known founder, entering India with an immigrating people group called the Aryans. Its rituals, practices, and lifestyles hold many similarities with Buddhism, a sect that branched from Hinduism around 600 BC. Some believe that Buddhism did not come from Hinduism, but instead gained followers who had previously been Hindu because of the differences in the teachings and the ease with which the new religion and philosophy could spread. Hinduism is not perceived by its people to be merely a religion, but rather an entire way of life and thinking. Its moral and ethical values and societal breakup of classes have strongly influenced other nations and religions.

Hindus believe that their religion is the one eternal religion of the world. They worship over 300,000 deities, with Brahman being their supreme leader who reigns over the lesser gods and the entire universe. Every aspect of a Hindu’s life is influenced by these age old beings and the traditions that have been upheld for thousands of years by their followers. Trapped in a cycle of reincarnation that can only be broken by acts of worship and living a life of moral and ethical uprightness, Hindus strive to overcome their greatest fear: karma. Karma is the belief that one’s acts in this life will directly affect the state of the individual’s next life. The Bible says, “And just as it is appointed for man to die once, and after that comes judgement” (Heb 9:27). Devout Hindus believe the only way to attain freedom for the soul and oneness with Brahman is to break this reincarnation cycle. Jesus says, “I am the way, the truth, and the life. No one comes to the Father except through me” (Jn 14:6).  Hindus also believe truth cannot be found in any one source, but must be sought in many. The Bible says, “Sanctify them in truth; [God’s] word is truth” (Jn 17:17). In many sacred texts like the Vedas, Upanishads, and Smriti, Hindus are taught to revere and respect the Earth and all that nature creates since there are unseen and unknown gods that must be worshipped. The Bible says, “yet for us there is one God, the Father, from whom are all things and for whom we exist, and one Lord, Jesus Christ, through whom are all things and through whom we exist” (1 Cor 8:6).

Hinduism is growing more slowly than in the past, but it is still obtaining followers as people continuously search for life’s answers in religion. There are around 140,000 protestant missionaries ministering across the nations, but only about 2% of these serve Hindu people. Despite this, many Hindus are coming to Christ every year. Reports persist of Hindus from all castes coming to Jesus after hearing Bible stories they were able to relate to. In one instance an entire village turned to Christ after hearing His Word preached in their language! But leaving Hinduism often means persecution, even to death. New believers are considered threats to Hindu society and are relentlessly pursued, violently attacked, or shunned from the community. Doubt and fear follow their every move because of their decision to accept Jesus into their lives and become outcasts in their world. Fortunately, new house churches have formed to welcome these recent believers into their midst. Former Hindus are now reaching out to more people in Christ’s name, bringing a message of Truth through story-telling and living a life that glorifies the Lord.

Jesus said to him, “I am the way, and the truth, and the life. No one comes to the Father except through me.

Jesus said to her, “I am the resurrection and the life. Whoever believes in me, though he die, yet shall he live, and everyone who lives and believes in me shall never die. Do you believe this?”

“Come to Me, all who are weary and heavy-laden, and I will give you rest. Take My yoke upon you and learn from Me, for I am gentle and humble in heart, and you will find rest for your souls. For My yoke is easy and My burden is light.” 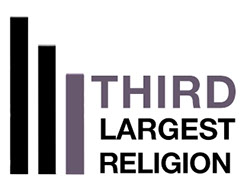 Who They Worship: Brahman 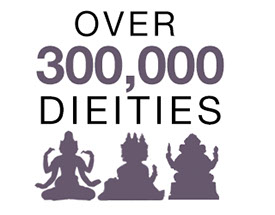