While millions search for "the way of the universe," Jesus alone says, "I am the way, the truth, and the life."

• Pray for Jesus to supernaturally and personally reveal Himself to those truly seeking "the way".

• Pray for freedom from divination and magic that hold many in demonic bondage.

• Pray for courage to abandon rituals of spirit appeasement and trust in Jesus alone.

Yin and yang are the first things many people will think of when they hear “Daoism,” but God knows those who follow Daoist teachings for who they truly are, and He loves them unconditionally. Daosim can be referred to and followed as both a philosophy and a religion. Though it is believed to have originated in China around 2000 years ago - with some of its texts dating back to 2700 B.C. - Daoism does not have a specific founder or founding date. Zhang Daoling was the first Celestial Master, or religious leader, and he founded the first Daoist school of thought in the 1st century in Sichuan, China. Daoism was an official religion of China during the Tang and Song Dynasties, and while it remained popular, Confucianism overtook it as the official religion around the 13th century. After the communist revolution in 1949, Daoism was banned and lost 99 percent of its followers in just ten years. Like Confucianism, Daoism originated in Chinese folk religions, and shares ideas with Buddhism as well. Though Daoism started as more of a philosophy than a religion, over time its rituals were transformed by many into religious practices. Today, roughly 2.7 million people practice Daoism, mostly within China and Taiwan. Although Daoism makes up less than one percent of the world’s population, Chinese folk religions (which blends Confucianism, Daoism, Buddhism, and traditional practices and beliefs) makes up close to six percent.

Daoists do not believe there is a supreme creator of the universe. Instead they believe in many gods and goddesses. These gods did not create the earth, are not omnipotent, and are not eternal. In fact, they were once human themselves, becoming gods through Daoist meditation and spiritual practices. But the Bible says, “Have you not known? Have you not heard? The Lord is the everlasting God, the Creator of the ends of the earth” (Is. 40:28). Daoists believe in the Dao: the eternal creative principal of the universe. All things come from the Dao. But the Bible says, “For in him all things were created: things in heaven and on earth, visible and invisible, whether thrones or powers or rulers or authorities; all things have been created through him and for him” (Col 1:16). The Dao cannot be described with words and has no characteristics. For the follower of Daoism, life’s goal is to achieve harmony with the Dao, ultimately becoming immortal or having a long life. This is done primarily through meditation and Tai Ch’i. In fact, spiritual practices and good deeds are emphasized and vital for every follower. But the Bible says, “It is by grace you have been saved, through faith—and this is not from yourselves, it is the gift of God—not by works, so that no one can boast (Eph. 2:8,9).” They believe balancing one’s Qi, or Ch’i, the basic material of everything that exists and that which gives everything energy, is the secret to a long life. But the Bible says, “My Spirit will not contend with humans forever, for they are mortal” (Gen. 6:3). Daoism teaches that the natural and complementary forces of the world are yin and yang and these all depend on each other, such as light and dark, hot and cold, and masculine and feminine. One of these complementary forces, being and non-being, is why Daoists do not believe in an afterlife. They only live for their life now because they are looking to achieve immortality. Daoists believe there is nothing after this life and that they simply return to the Dao. Death is neither wanted nor feared: it is simply going from being to non-being, from yin to yang. But the Bible says, “people are destined to die once, and after that to face judgment” (Heb. 9:27).

Daosim is usually part of a combined religion that holds millions of Chinese captive. Over 13% of the Chinese have never even heard the Gospel, especially in rural areas with little to no access to the Bible in their language. Of those who have heard the Gospel, many perceive it as merely a western religion - inapplicable to their eastern mindset and culture. Because of these difficult realities, millions of Daoists have yet to understand and fully know the Gospel. Yet God is still working in amazing ways throughout China, bringing masses to himself from all religious backgrounds. With only 2.7 million Christians in 1975, China is now home to as many as 75 million believers! The scope of this incredible growth is unprecedented. The gruesome persecution that followed the Cultural Revolution (1966-1976) only gave the Church greater momentum until it could no longer be ignored. Though it is often unseen and undocumented, God is doing an amazing work, drawing those trapped in Daoism and other Chinese religions into the freedom and joy of a relationship with Jesus. 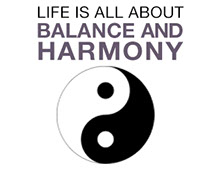 Who They Worship: Dao 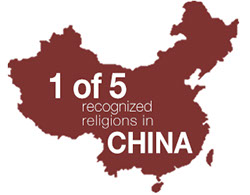