While millions strive to attain peace through self effort, the free gift of salvation through Jesus awaits all who turn to Him.

• Pray for spiritual oppression and fear to be replaced by the presence, peace, and freedom of Christ.

• Pray for courage to follow Jesus when accused of betraying family and culture. 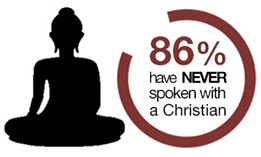 Who They Worship: Theravada: some Hindu gods;

Mahayana: Buddha; others: none 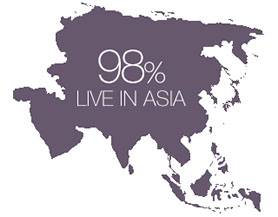